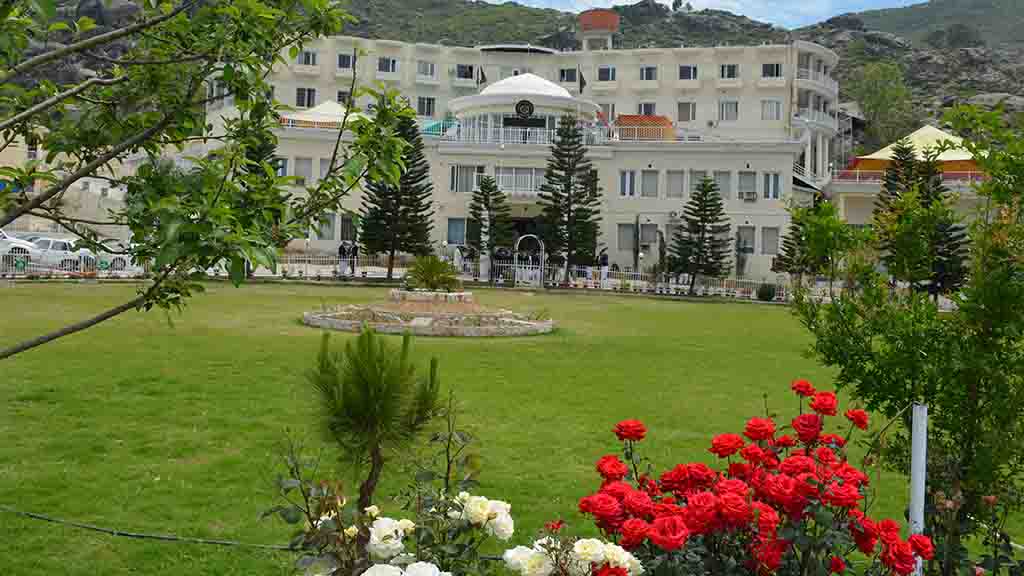 During the last days of the 19th century, Lord Curzon (1899-1905), the then viceroy of India, proposed, primarily for administrative purposes, the creation of North West Frontier Province which got the approval of Lord George F. Hamilton, the then His Majestys Secretary of State for India on 20th December 1900.The province having formally founded on 9th November, 1901, (the Kings birth day) had to get one Judicial Commissioner.The N.-W.F.P. Law and Justice Regulation No. VII of 1901 was enacted by the Governor-General-in-Council in order to establish judicial institutions. The Regulation repealed the Punjab Courts Act, 1884. Parts II and III of the Regulation deal with criminal justice, police and civil justice respectively; while part IV provides in detail the constitution and powers of courts. Section 2 (1) (a) read with section 42 of the said Regulation defined the duties and responsibilities of the Judicial Commissioner who was stated to be the highest civil and criminal court of appeal or revision in the province.The Judicial Commissioner was also entrusted with duties of general superintendence and control of all other courts, which were made subordinate to his office. He was to appoint Registrar and make rules consistent with the Regulation and any other enactment for the time being in force.

In 1931 further steps were taken to consolidate and to amend the law relating to courts in the province. In this respect the N.-W.F.P. Regulation No. 1 of 1931 was promulgated. The Regulation, while keeping intact some important powers of the Judicial Commissioner such as precedence over other Judges of the court, distribution of business, administration, and the highest Civil and Criminal Court of Appeal or Revision, provided three classes of courts, viz.

Thereby changing the hierarchy of courts provided under Regulation No. VII of 1901.The law required the provincial government to pide the province into civil districts to be headed by District Judges, who would be assisted by Additional District Judges, if required. The status of the District Judge being the principal Civil Court of original jurisdiction was retained.It is clear from the above stated position that the latter enacted law did not repeal N.-W.F.P. Regulation No. VII of 1901 as a whole; a major portion of part IV comprising section 45 to 49 pertaining to courts was, however, repealed.

Consequent upon the dissolution of One Unit, which created four provinces and a High Court for each of these provinces, the President issued a separate Order for the establishment of High Courts; according to which the High Court for the N.W.F.P had to be called Peshawar High Court, with its principal seat at Peshawar. Under this law the High Court of the N.-W.F.P. and others were given such powers, which were conferred on the High Court of West Pakistan.

Legal history evinces that the law of civil courts has separately been evolved since 1884, the year in which the Punjab Courts Act was enacted. The West Pakistan Civil Courts Ordinance, 1962 (Ordinance II of 1962) has been promulgated thereafter to establish certain civil courts. The Ordinance provided three civil courts, namely, the Courts of District Judge, Additional District Judge and Civil Judge in addition to the Small Causes Courts established under the Provincial Small Cause Court Act, 1887. The law empowered the government to appoint, as per requirement, District and Additional District Judges and to fix the number of Civil Judges in consultation with the Chief Justice. Under the Ordinance, the power to determine the class and pecuniary jurisdiction of the Civil Judges rested with the High Court. Accordingly the Civil Judge of the first class was conferred with pecuniary powers without limitation, whereas the Civil Judge of the second and third class were conferred with the pecuniary powers up to Rs 15000 and Rs 5000 respectively. These pecuniary powers have been enhanced by now. The pecuniary jurisdiction of Civil Judge first class is without limit, while that of Civil Judge second class and third class has been enhanced to Rs. 5,00,000 and Rs. 1,00,000 respectively. The pecuniary powers of the District Courts have been enhanced to Rs. 10, 00,000 vide an amendment in the West Pakistan Civil Courts Ordinance, 1962.